Pragmatic realism rather than euphoric optimism?

Pragmatic realism rather than euphoric optimism?

As is typically the case at the start of the year, the financial markets and the majority of analysts are very optimistic. While we do not see grounds for pessimism, there is surely no place for euphoria either, given the persistent spread of coronavirus. What is needed therefore is pragmatic realism, which is why it makes sense to diversify asset classes within a portfolio. The Democrats’ victory in the rerun of the Georgia elections makes partial implementation of Joe Biden’s climate protection plan more likely, and is also good news for sustainability as an investment approach – including for our focus module “Equities Global Impact”.

With the Democratic Party having won back two US Senate seats in Georgia and Vice President Harris holding the casting vote in the Senate itself, there is now a better chance of the party getting its way on key issues – such as greater coronavirus assistance for US citizens and progress in the area of climate protection. The rise in the yields on US government bonds shows that the market now considers the prospect of greater economic stimulus (and therefore the probability of higher inflation down the line) more likely than before the Georgia election. Government bonds are becoming more vulnerable.

Equities
Equity markets will be dominated by two factors in 2021; one positive, the other less so. The recent rise in valuations – in terms of both price/earnings and price/book ratios – makes equities more susceptible to negative newsflow. The latter could arise from further twists in the coronavirus saga or from interest rate developments. The positive factor is sales and earnings growth in the corporate sector. Due to the very low 2020 base for the second and third quarters, we can expect to see extremely positive year-on-year comparisons here. The improvement is likely to be more striking for sectors dependent on the economy than it is for less cyclical sectors, which is why the market consensus currently favours the former. It is clear enough that the proliferation of coronavirus may be a crucial consideration when selecting cyclical or defensive sectors. But as the pandemic remains unpredictable, it makes sense to hold a balanced spread of investments in well-positioned companies from both more and less cyclical sectors.

Government bonds could lose ground against equities in the event of even greater economic stimulus.

Bonds
Last year, bonds once again fulfilled their oft-dismissed but historically important role as a diversifying element in the face of equity market turbulence, particularly in the first and second quarters. In the third and fourth quarters, it was the corporate bond segment – for which we expressed a clear preference – that impressed. But the spreads between corporate and government bonds have now narrowed. While this limits the price potential of the former, the improvement of the business landscape could provide a further boost in 2021. In the sovereign segment, the rise in government indebtedness is a concern. That said, the quantitative easing programmes of the world’s key central banks will act as a prop. We believe Eurozone bonds will be less susceptible to higher yields than their US counterparts, as inflation remains at a lower level in Europe. Before US yields rise, there could be a significant flood of issues as companies look to profit from historically low refinancing rates. This could reach a tipping point as issuers test how much of the increase in supply can be absorbed by central bank demand.

Currencies
The US dollar has shown signs of weakness in recent months. The reason for this lies in the decline of real US interest rates relative to those of other countries, which has boosted both gold and other real assets such as equities. From a fundamental perspective, the euro would have upside potential if the relative economic strength of the Eurozone were to increase vis-à-vis the US. Due to the lower starting base of economic activity in 2020, the Eurozone could surprise with stronger growth than the US, although the spread of coronavirus could also prompt a certain amount of profit-taking in the euro. Overall, we are therefore neutrally positioned on the currency front.

Commodities
Crude oil, by far the most important commodity, faces challenges. Oil prices remain well below their pre-pandemic levels, with new mobility restrictions and the resumption of Libyan oil production now exerting downward price pressure. It is therefore likely that OPEC and Russia will further limit their production so as not to further exacerbate the global supply situation. The oil price rises witnessed in the first few weeks of 2021 are the result of Saudi Arabia’s unexpected decision to cut production. In the longer term, global demand for oil could benefit from stronger Chinese industrial production and the roll-out of vaccines against coronavirus – as long as the latter meet expectations. In the immediate future, we can expect to see a volatile trading bandwidth with fluctuations of around 10%. Gold once again demonstrated its status as a safe haven in 2020, and will remain important over the next few months. As it is also a commodity, however, its development will be subject to greater fluctuations than bonds. During the coming year, demand from Chinese jewellers – which slumped a year ago – could bounce back and keep the yellow metal buoyant as the year progresses.

Conclusion: In the short term, the economic data from many countries will be increasingly overshadowed by the coronavirus problem, i.e. the recent stronger data are likely to be followed by weaker figures. The swings between positive and less positive economic newsflow could last until the spring, subjecting the financial markets to a new period of volatility. The market is looking ahead and hoping that vaccines and pent-up consumer demand will justify current levels of optimism. But as the investment year has only just begun, cautious optimism and realism look more appropriate than euphoria. 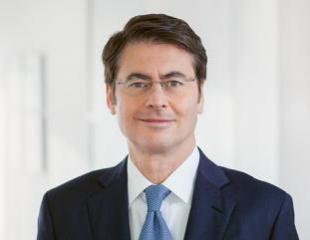